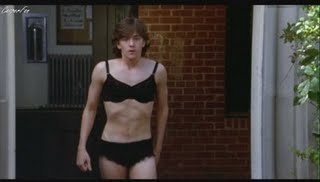 Indeed that is Andrew McCarthy

Because of his roles in St. Elmo’s Fire and Pretty in Pink, Andrew McCarthy, born in Westfield, NJ, became an involuntary member of the 80s “Brat Pack”.  In an effort to escape that image, he took to the stage making his Broadway debut in The Boys of Winter.  His stage career included Love Letters, A Midsummer Night’s Dream, Psychopathia Sexualis and Side Man.  Also appearing in television shows, McCarthy played  “Aaron Gerrity” in E-Ring and “Joe Bennett” in Lipstick Jungle.  He will star in the comedy film Snatch coming out in 2010.