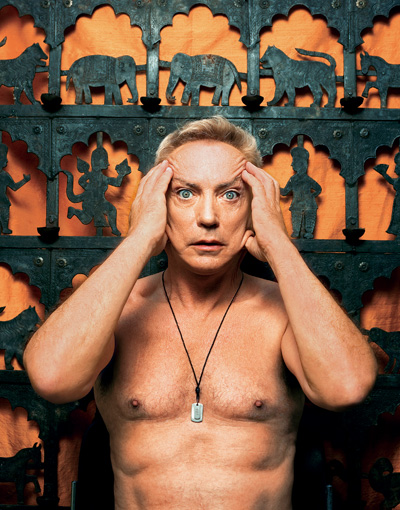 Udo Kier’s acting specialty is villains in horror films.  He has starred in several vampire movies such as Andy Warhol’s productions of Frankenstein, and Dracula, Blood for Dracula, Blade, Modern Vampires, and Shadow of the Vampires. Udo also did several non-horror films like My Own Private Idaho, Even Cowgirls Get The Blues, Ace Ventura: Pet Detective, and Armageddon. His most recent work is in the action/comedy, Night of the Templar which will be released sometime in 2012.