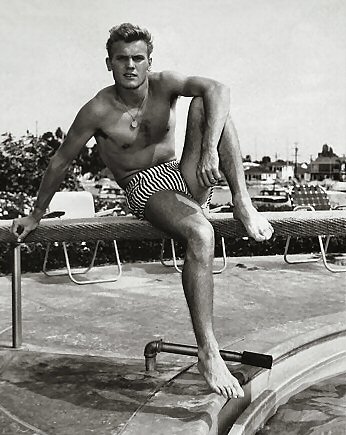 Teen idol of the 1950s starred in more than forty major films.  It was his performance as Pvt/Cpl Dan Forrester in Battle Cry that brought him to the attention of teenage girls and made his career. Other notable films were The Girl He Left Behind, co-starring Natalie Wood, The Sea Chase with John Wayne, They Came To Condura with Gary Cooper and Rita Hayworth, and The Life and Times of Judge Roy Bean which starred Paul Newman. He also had two hit records.  The first one,Young Love, made the number one spot on the Billboard Hot 100 and stayed there for six weeks, and Ninety-Nine Ways which made it to #11.
Rumors of Hunter’s homosexuality flourished during the height of his career and were later confirmed in his 2006 autobiography Tab Hunter Confidential: The Making of a Movie Star. 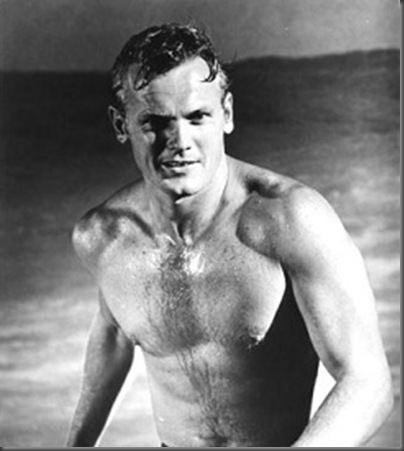 Tab Hunter was born as Arthur Andrew Kelm in New York City.  His dreamy good looks made him one of the hottest teen film idols.  His breakthrough film was Battle Cry as “Pvt. Dan Forrester.  Tab Hunter appeared in many films such as They Came To Cordura,  The Pleasure of His Company with danceman Fred Astair, the starring role of “Lt. Morgan Hayes” in Operation Bikini and That Kind of Woman opposite Sophia Loren.
In addition to guest appearances on many television shows Tab Hunter had his own half-hour sitcom called The Tab Hunter Show playing cartoonist “Paul Morgan”.