Burt Reynolds, born Burton Leon Reynolds, Jr. in Lansing, MI, is one of America’s most recognizable television and film personalities with more than 90 feature films and 300 television episode appearances.
Reynolds became known for the Smokey and the Bandit and Cannonball Run films as well as films such as Deliverance, The Man Who Loved Cat Dancing, The Longest Yard, Hustle, and  Stroker Ace.
Burt Reynolds may never have won an Academy Award, but he certainly brought hours of fun and entertainment to millions of people for many years. 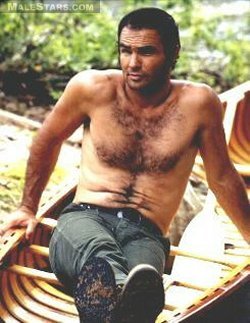 Some of popular star Burt Reynolds best known roles are as Bandit in the Smokey and the Bandit films, J. J. McClure in Cannonball Run I and II, and B. L. Stryker in the TV series of the same name.  Reynolds will star in Sgt. Schmidt in Comics Open and Clint in Standby.  Both films are in pre-production.