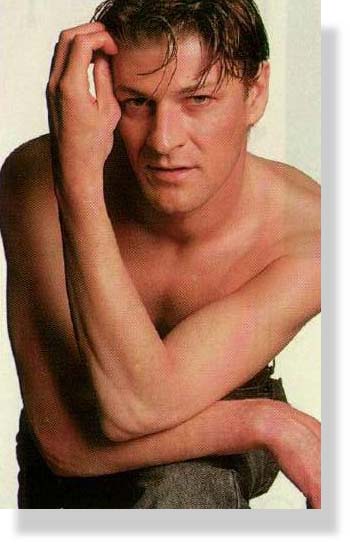 British born actor Sean Bean was recently voted the sexiest man in the UK.  He first became known for his successful role of “Richard Sharpe” in the British television series Sharpe and, later, as the lover “Oliver Mellors” in the 1993 BBC TV movie Lady Chatterley.  In addition to sexy leading man roles, Sean Bean has played the villain in several films: “Sean Miller” in Patriot Games, “Alec Trevelyan” in Golden Eye, wife-beater/ex-con “Jason Locke” in Essex Boys, kidnapping jewel thief “Patrick Koster” in Don’t Say A Word, and evil treasure hunter “Ian Howe” in National Treasure.  Bean is most widely known for his role as “Boromir” in The Lord of the Rings trilogy.