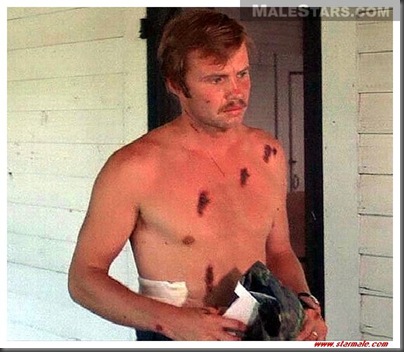 He was born Jonathan Vincent Voight in Yonkers, NY and became well known after his performance as “Joe Buck” in the award winning film Midnight Cowboy. He starred in Deliverance opposite Burt Reynolds and Ned Beatty,  Voight was nominated for 4 Oscar awards, winning once as Best Actor in a Leading Role for his performance as “Luke Martin” in Coming Home.  The film won two more Oscars: one going to Jane Fonda as Best Actress in a Leading Role and another as Best Writing of a Screenplay.
Some of his more recent work has been in National Treasure, The Five People You Meet in Heaven, Glory Road, and as “Jonas Hodges” on the television series 24.