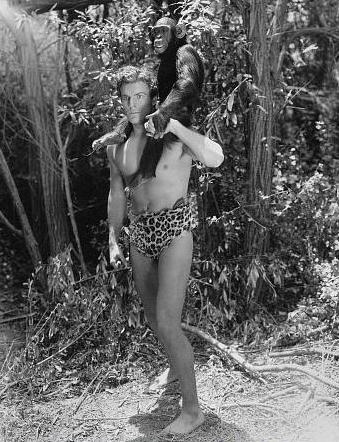 Clarence Linden Crabbe, born in Oakland, CA, was another Olympic medal winner to portray the character of “Tarzan”.  He was working in an uncredited role in the film That’s My Boy when MGM tested, and rejected, him for the role of “Tarzan”.  The following year he was cast as “Tarzan” in Tarzan the Fearless which was the only Tarzan film he made. He did, however, go on to star in more than one hundred movies, among them in the popular Flash Gordon serial in the lead role, Buck Rogers, several “Billy the Kid” films and 23 films as “Billy Carson”.
Buster Crabbe is the only actor to play Tarzan, Flash Gordon and Buck Rogers characters who were the top three comic strip heroes of the 1930s.