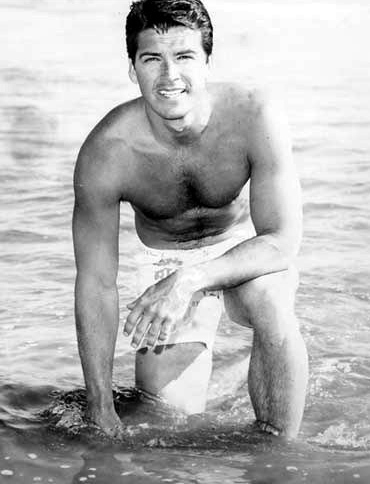 Van Williams played a “hip” private detective in Bourbon Street Beat and Surfside 6.  In 1966 he teamed up with Bruce Lee for the series The Green Hornet.  Lee played The Green Hornet’s sidekick Kato.  By the time Williams starred in the Green Hornet he had already become financially successful by investing in several commercial ventures.  A 1966 TV Guide profile titled the Banker with a Sting dubbed him “your friendly neighborhood tycoon.  He retired from acting in 1982 and opened a communication systems company in Santa Monica, CA 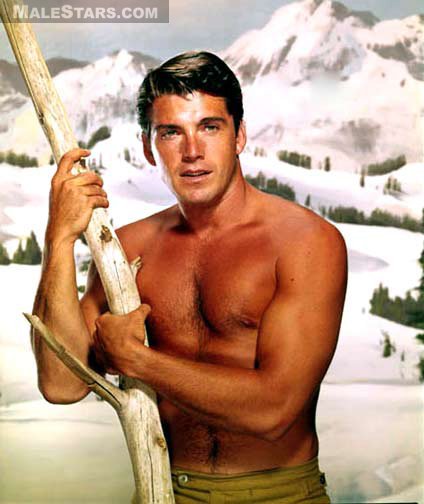 Van Zandt Jarvis Williams was born in Fort Worth, TX and was mainly cast in dramatic television roles.  He played the lead character, “Kenny Madison” on Bourbon Street Beat, PI “Ken Madison” on Surfside 6, “Pat Burns” on The Tycoon, and “The Green Hornet/Britt Reid” on The Green Hornet with co-star, Bruce Lee, as “Kato.  He also starred as “Steve Andrews” on the adventure series Westwind.
During his time on The Green Hornet, Van Williams pressured producers to give more screen time to Bruce Lee in an attempt to both help his friend and help the show survive by featuring the most popular member of the cast.  The producers, however, refused because they didn’t want to take any attention from the star, especially to a “non-white” actor.  Seems they made a pretty big mistake (aside from being small-minded) because the show lasted only one season and we all know about the tremendous success of Bruce Lee.