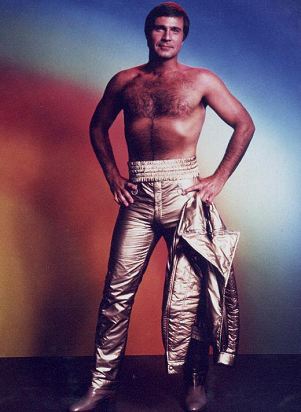 Vintage actor Gil Gerard appeared in small film roles and single appearances on television series episodes before he was cast as “Capt. William ‘Buck’ Rogers” in the TV series Buck Rogers in the 25th Century. The show ran for two seasons after which Gerard was a featured guest on several TV shows and starring roles in the series Sidekicks and E.A.R.T.H. Force.