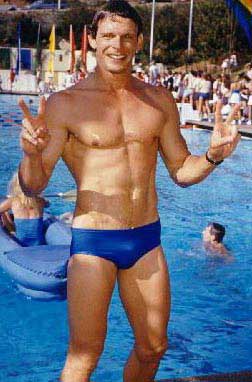 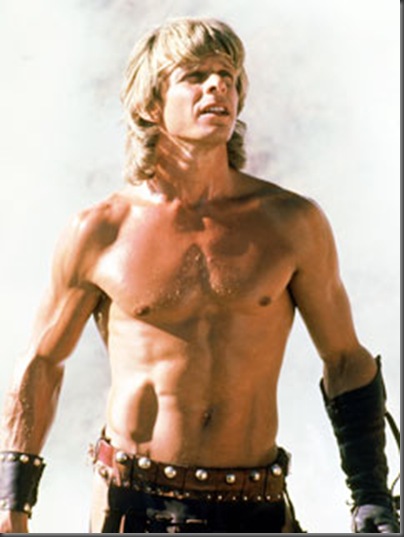 Big man (6’ 2”) Marc Singer was born in Vancouver, B. C. and was turned on to acting when his father took him to see a production of Richard III with Sir Laurence Olivier.  Although he didn’t become a Shakespearean actor he made a successful career using his good looks, great body and acting skills.  He was best known as  “Dar” in the Beastmaster films.  Singer also made recurring guest appearances on television series episodes such as V, Dallas, The Ray Bradbury Theater, Batman, and The Young and the Restless.  He recently starred in the video film Dragonquest as “Maxim”.