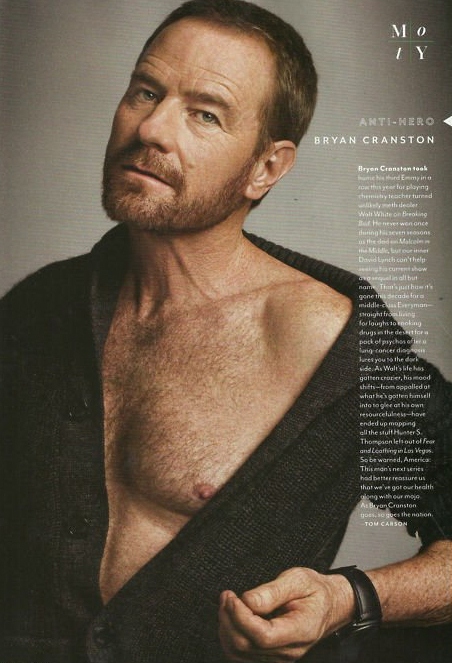 Bryan Cranston would be best known as Hal on Malcolm in the Middle and Walter White in the drama series Breaking Bad. He won three consecutive Emmys as Best Lead Actor in a Drama Series for his portrayal of Walter White.  Cranston also has several film credits including roles in Saving Pvt. Ryan, Seeing Other People, and Love Ranch. He recently completed the film Leave in which he had a co-starring role, and the starring role in Red Tails.