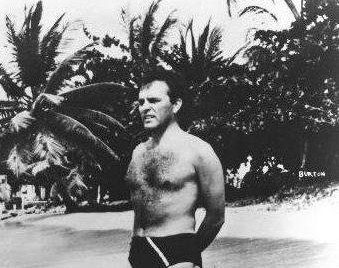 Vintage actor Richard Burton wasn’t known only as one of the many ex-husbands of Elizabeth Taylor.  His acting ability won him seven Academy Award nominations for films such as Becket, The Spy Who Came In From The Cold, Who’s Afraid of Virginia Woolf (co-starring Elizabeth Taylor), and Equus.