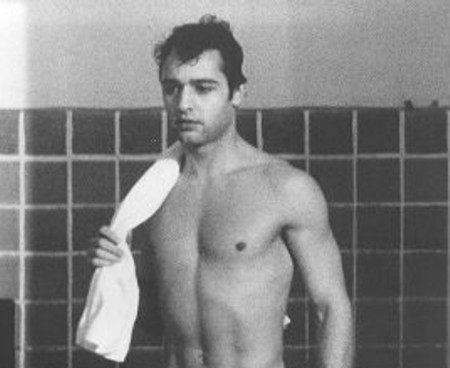 Sal Mineo’s star burned brightest in the role of  John ‘Plato’ Crawford in Rebel Without a Cause.  The film showcased James Dean and made him a cultural icon.  Interestingly, Sal Mineo, not James Dean, was an Academy Award nominee for his performance as Best Supporting Actor.   After Rebel he appeared in two more great films: Somebody Up There Likes Me and, another film with Dean, Giant.  Mineo was never able to continue his success and by the early 60’s his career was dwindling.
In 1976 Sal Mineo was stabbed to death in the alley behind his apartment.  Lionel Ray Williams, a pizza deliveryman, was arrested, convicted and sentenced to 57 years in prison.  He had committed several robberies in the area and said he had no idea who Sal Mineo was. 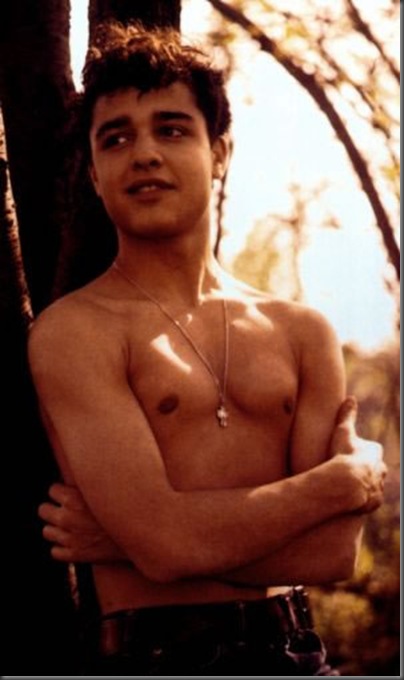 Sal Mineo-Rebel Without a Shirt

Salvatore Mineo, Jr., born in The Bronx, NY, is best known for his role as “Plato” in Rebel Without A Cause which starred James Dean and Natalie Wood.  He appeared again with James Dean in the film Giant.  Other notable films were Crime in the Streets with Sal Mineo in the role of “Angelo ‘Baby’  Gioia’”,  Somebody Up There Likes Me starring Paul Newman, as famous drummer Gene Krupa in The Gene Krupa Story, and as “Dov Landau” in Exodus, another film starring Paul Newman.
Sadly, Sal Mineo was knifed by a mugger when he was only 37 years old.  The knife hit his heart and he was killed instantly.