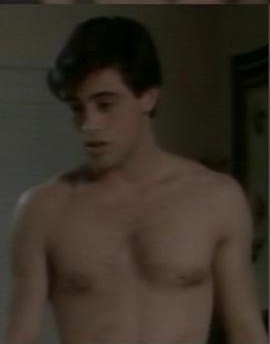 Matt LeBlanc shirtless and so young

Matthew Steven LeBlanc was born in Newton, MA.  The word that comes to mind regarding him is “adorable”.   Well, People Magazine also h=named him one of the 50 Most Beautiful People and there is no argument there.
LeBlanc  started out spearing in TV commercials for Heinz, Levi’s, 7Up and Coca-Cola in the late 80s.  His television debut was in the drama TV 101.  He appeared as “Vinnie Verducci” in three episodes of Married…with Children and continued the role in a spin-off called Top of the Heap which only lasted for seven episodes.  In 1994 LeBlanc was cast as “Joey Tribbiani” of the hit series Friends. The series ran for ten years.  After Friends ended he again played “Joey Tribbiani” in his own series titled “Joey”