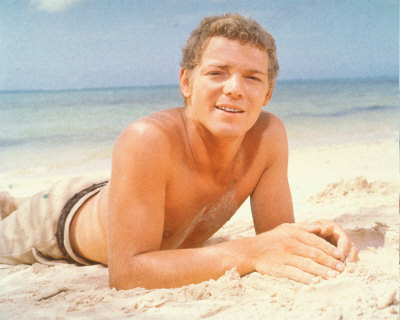 After appearances in several TV series episodes and films such as Swiss Family Robinson, The Bedf0rd Incident and The Young Stranger, James MacArthur found his breakthrough role as Dan “Danno” Williams on the popular crime series Hawaii Five-O. The show starred Jack Lord as Danny’s partner “Det. Steve McGarrett” and ran for12 seasons from 1968-1980.  After Hawaii Five-O ended MacArthur concentrated on a stage career following in the footsteps of his mother, legendary stage and screen actress Helen Hayes.