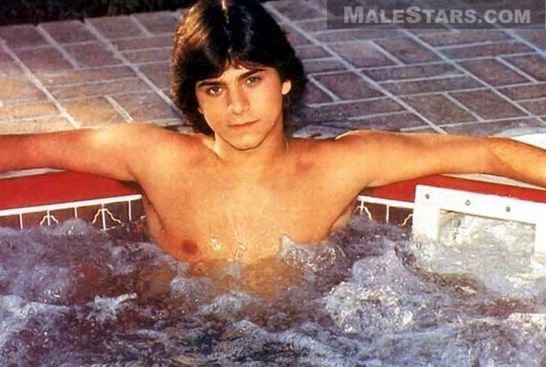 What’s hiding beneath the bubbles?

John Phillip Stamos who was born in Cypress, CA and began his acting career as “Blackie Parrish” on the TV soap General Hospital.  After appearing in several short lived television series’ Stamos was cast as “Uncle Jesse” on the sitcom Full House which ran for eight seasons. After the end of Full House, Stamos has appeared in several made for TV movies such as The Marriage Fool with Walter Matthau and Carol Burnett, Sealed with a Kiss, the biographical film The Reagans, and A Raisin in the Sun starring Sean ‘P Diddy’ Combs.  He currently plays “Dr. Tony Gates” on the long-running medical drama ER.
John Stamos was mentioned in the film Step Brothers, which starred Will Ferrell and John C. Reilly, as the one guy the main characters would sleep with if they were a female.  High praise indeed!