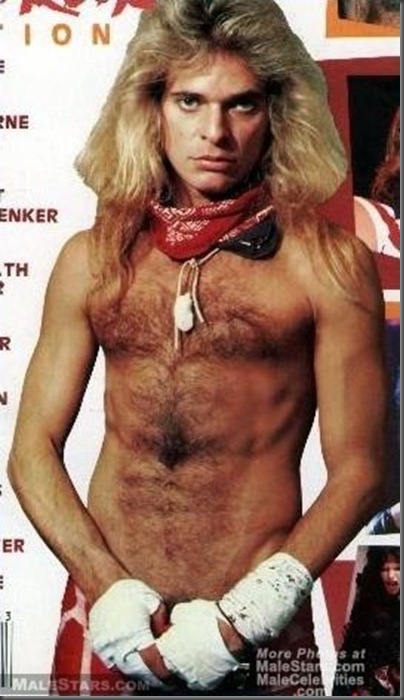 David Lee Roth, original lead singer of Van Halen, was born in Bloomington, IN.  Roth appeared with the band from the late 70’s to the mid-1980’s. During this time, Van Halen’s albums reached Diamond, and multi-Platinum status and their concerts were huge sellouts. After leaving the band in 1985 Roth rejoined in 2007 for a North American tour that was the highest grossing tour in the band’s history.
David Lee Roth, known for his overblown and outrageous on- and off-stage behavior, was described by the Rolling Stone Record Guide Vol. 2 as “the most obnoxious singer in human history, an achievement notable in the face of long tradition and heavy competition”.
According to David Lee Roth:  “I don’t get all the women that I want…I get all the women that want me.”  Overblown?  Outrageous?  Exactly!