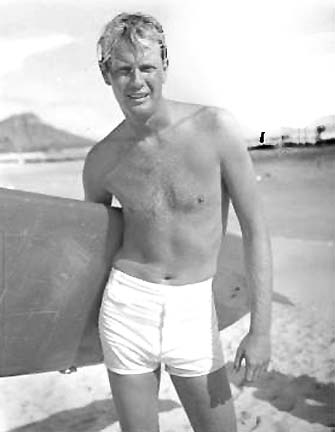 Born Merle Johnson, Jr. in New York City, Troy Donahue established himself as a teen heartthrob with his role as “Johnny Hunter” in A Summer Place.  Prior to A Summer Place Donahue had small parts in several films and made appearances on television series episodes such as Rawhide, Wagon Train and Maverick. A Summer Place seemed to be the high point of his film career, however  he continued his television appearances on 77 Sunset Strip, Surfside 6, Hawaiian Eye, Ironside, CHiPs and Fantasy Island.  He returned to films with roles in Nudity Required, starring Julie Newmar, The Chilling, starring Linda Blair, Cry Baby, starring Johnny Depp, and Legion, starring Parker Stevenson