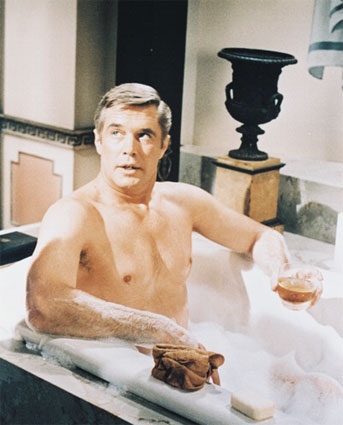 George Peppard had his breakthrough role in 1961 when he co-starred with Audrey Hepburn in Breakfast at Tiffany’s. Throughout the 60’s and early 70’s he had starring roles in several films such as The Carpetbaggers, The Blue Max, Rough Night in Jericho, and The Executioner.  In 1972 Peppard played Thomas Banacek in the crime drama Banacek.  He is, of course, best known as John ‘Hannibal’ Smith on the action series The A-Team. 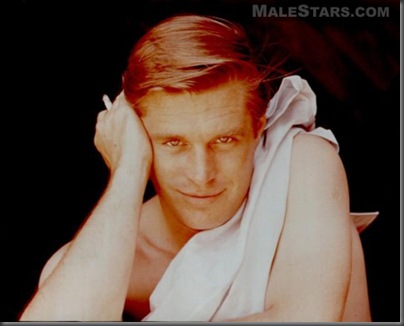 Look into the sexy eyes of George Peppard

George Peppard, Jr. was born in Los Angeles, CA and began acting in Broadway plays.  His film debut was in The Strange One.  Playing “Ralphael ‘Rafe” Copley opposite Robert Mitchum in Home From the Hill gained him his first real recognition.  His most memorable film performance was in Breakfast at Tiffany’s as “Paul ‘Fred’ Varjak”  “Holly Golightly’s” love interest.   He went from the big screen to television playing the lead character in the series Banacek.  Several years, and disappointing films, later he landed the role of “John ‘Hannibal’ Smith” in the popular television series The A-Team.  His co-stars were Dwight Schultz as ‘Howling Mad’ Murdock, Dirk Benedick as “Templeton ‘Faceman’ Peck, and Mr. T as “B. A. Baracus.  The A-Team ran for five seasons.
George Peppard said of himself, “Mine isn’t a string of victories.  It’s no golden past.  I’m no George Peppard fan.”  Not to worry, Goerge.  There are plenty of people who were fans.