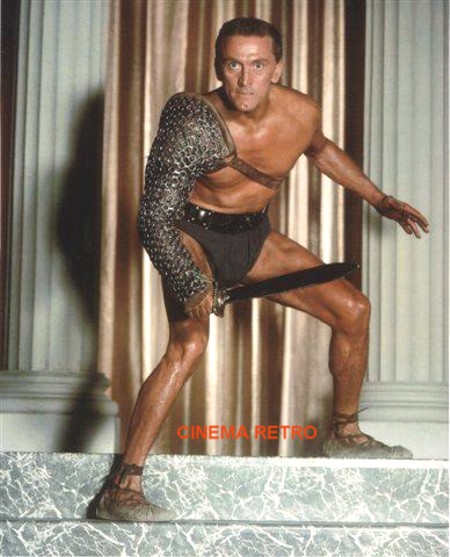 His cleft chin, steely eyes and distinctive voice may be what made Kirk Douglas so easily recognizable but hit enormous talent is what made him a super star.  He was a leading man able to fill many types of character roles.  Douglas was nominated for Best Leading Oscars for his role as Midge Kelly in the 1949 film Champion, as Jonathan Shield in the 1952 drama The Bad and the Beautiful, and, in 1956 as Vincent Van Gogh in Lust for Life.  In 1996 Kirk Douglas was awarded the Academy Honorary award for 50 years as a creative and moral source in the motion picture community. 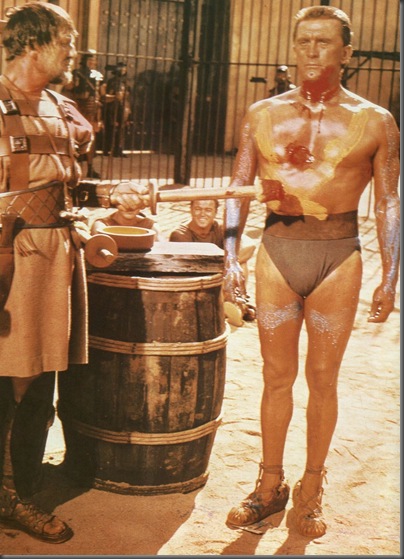 Kirk Douglas being bronzed?  Look like a prototype for the Academy Award Oscar.

Kirk Douglas made his film debut in The Strange Love of Martha Ivers and received such great reviews that the film offers kept coming,  Over the span of his 50 year career he starred in more than 90 films and television productions.  Some of his many films were:  A Letter to Three Wives, The Bad and the Beautiful, Ulysses, 20000 Leagues Under  the Sea, Strangers When We Met, There Was a Crooked Man, The Fury, Inherit the Wind, and, of course, Spartacus. He was nominated for three Oscars, was awarded the Lifetime Achievement Award at the Hollywood Film Festival, and the Life Achievement Award by the Screen Actors Guild.

Kirk Douglas once said:  “I think half the success in life comes from first trying to find out what you really want to do.  And then going ahead and doing it.”  And you did it so wonderfully well!