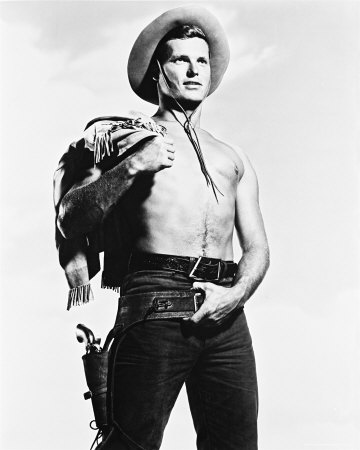 Ty Hardin entered the world as Jr. Orison Whipple Hungerford in New York City.  The name Ty came from a childhood nickname Typhoon and Hardin after gunfighter John Wesley Hardin.  His longest lasting role was as “Bronco Layne” in the television series Bronco.  He also starred in the one season series Riptide as well as making guest appearances on The Quest, David Cassidy-Man Undercover, The Love Boat and Rescue Me.  Film credits include Battle of the Bulge and Custer of the West.