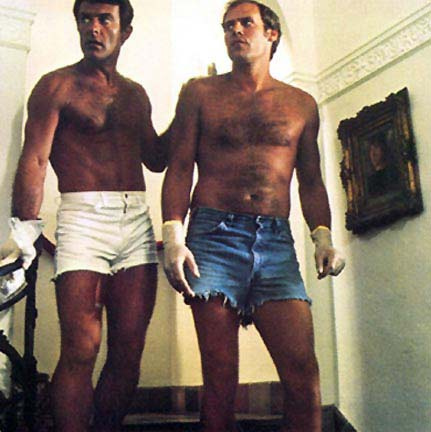 Two shirtless vintage actors in one picture and both of them are pretty hairy.  Everyone knows Robert Conrad from The Wild, Wild West and Black Sheep Squadron.
Before turning to acting, Don Stroud was an expert surfer.  Born in Honolulu, HI, was in the company of some great surfers who became his mentors.  At age 17, Stroud places fourth in the Duke Kahanamoku World Surfing Championship.  During his acting career he appeared in more than 150 TV shows and films.  He co-starred with Clint Eastwood in Coogan’s Bluff and Joe Kidd.