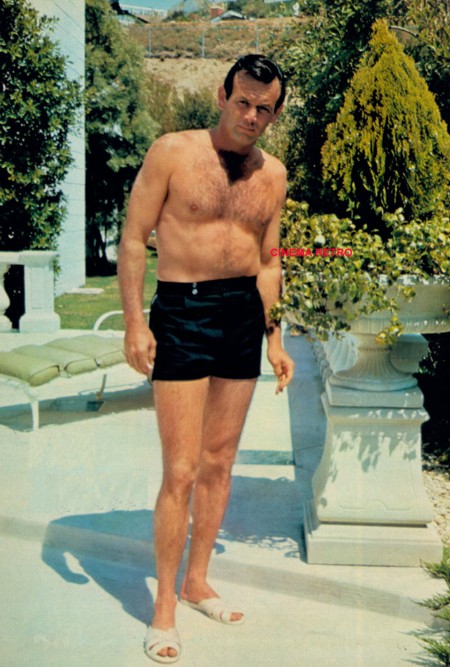 David Janssen you are sexy.  But lose the shoes!

David Harold Myer, better known to fans as David Janssen, was born in Naponee, NE.  His early career found him playing supporting roles in dozens of films such as To Hell and Back, starring Audie Murphy, Never Say Goodbye, starring Rock Hudson, Away All Boats, with Jeff Chandler and The Girl He Left Behind, with Tab Hunter and Natalie Wood.  During that time Janssen also made appearances on several television shows.  His breakthrough TV role was as “Richard Diamond” in Richard Diamond: Private Detective. Janssen is best known for playing “Dr. Richard Kimble” on the four seasons of The Fugitive The show won an Emmy for Outstanding Dramatic Series and Janssen was nominated three time for an Emmy Award.  He also won a Golden Globe as Best Male TV Star.
Two days before his death from a sudden heart attack, David Janssen had a bad dream that he was being carried in a coffin following a heart attack