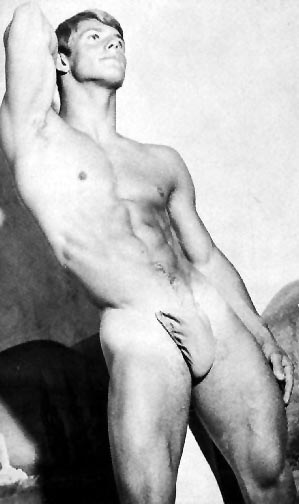 Actor and physique model John Hamill was born in Shepherd’s Bush, London.  He appeared on the cover of beefcake and fitness magazines and in producer David Grant’s adult films.  He later turned to acting and played roles in films such as Trog, The Beast in the Cellar, No Blade of Grass, Travels with my Aunt and Hardcore.  He also appeared in television shows including Crossroads, Space: 1999, The Venturers, Doctor Who and The Professionals