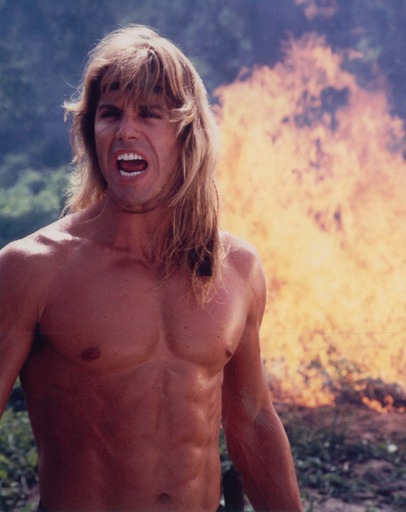 Shirtless, seductive, vintage actor Wolf Larson, is the last member of our “Men of Tarzan” and a mighty fine specimen he is!  Larson appeared as Tarzan in early 90s television series Tarzan which ran from 1991-1994.  He next appeared in the starring role of “Det. Chester ‘Chase’ McDonald” in the series L.A. Heat. Larson’s film credits include Mad About You, Storm Chasers, and Hostile Force.