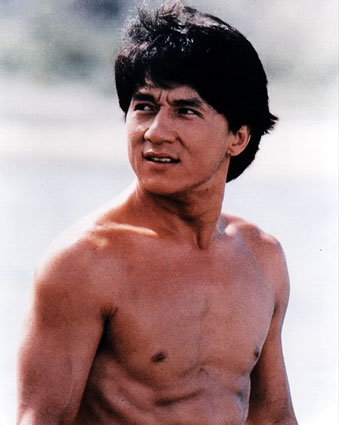 After the death of Bruce lee, along came Jackie Chan with a whole new prospective on martial arts films.  Chan combined martial arts and manic comedy.  He is a fan of slapstick comics Buster Keaton and Harold Lloyd and used their influence in his acting and directing. Because he performed his own stunts his injuries are the nightmare of any insurance provider.
More recently, Chan has done dramatic roles such as: Steelhead in Shinjuku Incident, and Cook in the newly released film Shaolin.