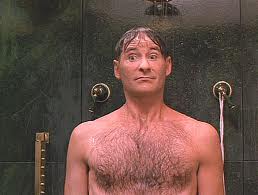 Early in his career, talented actor Kevin Kline, was a theater performer appearing in plays such as The Return of the Native, On the Twentieth Century (which won him a Tony Award) and The Pirates of Penzance. He moved to the big screen and appeared in countless films over the years. The Big Chill, Silverado, Wyatt Earp, I Love You To Death, and French Kiss are just a few of these films.  Kline won an Academy Award as Best Supporting Actor for his performance as Otto in A Fish Called Wanda. During the years of career he has won seven awards and been nominated for more than 20.  His most current appearance was in the 2011 comedy film No Strings Attached which stars Natalie Portman and Ashton Kutcher.  He just completed the film Darling Companion with his co-star Diane Keaton which will be released later in 2012.