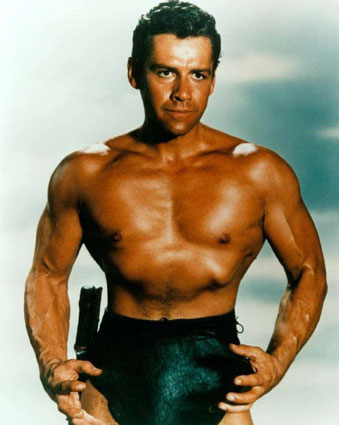 Gordon Scott was born Gordon Merill Werschkul in Portland, OR and was known for his portrayal of Tarzan in five films.  They were:  Tarzan’s Hidden Jungle, Tarzan and the Lost Safari, Tarzan’s Fight for Life, Tarzan’s Greatest Adventure and Tarzan the Magnificent.  Unfortunately for Scott, after the Tarzan roles he never made it out of the B-movie level.  Possibly his statement that “Tarzan was ideal for me because I didn’t have too much dialog” had something to do with that.