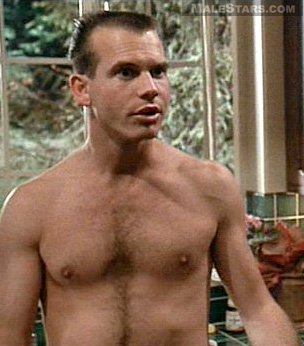 Fit and trim and ready to board Apollo 13

William Archibald Paxton was born in Fort Worth, TX.  His debut was in the Roger Corman film Crazy Mama.  He was older brother “Chet” in Weird Science and “William Hudson” in Aliens.  He played astronaut “Fred Haise” in Apollo 13, sadistic vampire “Severen” in Near Dark, and “Bill Harding” in Twister.  Other films featuring Paxton were True Lies, One False Move,  Predator, Titanic and Terminator. He has also directed several short films and the feature films Frailty and The Greatest Game Ever Played.
Bill Paxton said, “It’s very liberating to be naked in front of a hundred people, but there’s nothing sexual about lovemaking on a movie set.”  Hmm…I’ve always wondered