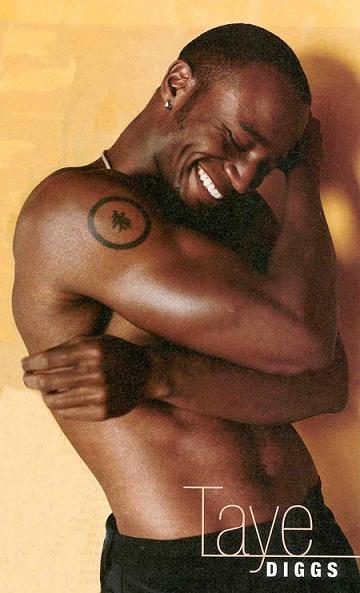 Taye Diggs and his gorgeous smile

Scott Leo Diggs made his acting debut as a cast member of the Tony Award winning play Carousel and  was one of the original cast members in the Broadway musical Rent.  Diggs’ first television role was as “Adrian ‘Sugar’ Hill” on the soap opera Guiding Light and his film debut was as “Winston Shapespeare” in How Stella Got Her Groove Back.  He played “Jackson Duper” on Ally McBeal, “Kevin Hill” on the short-lived series Kevin Hill, “Detective Brett Hopper” in another one season series called Daybreak.  Diggs is currently portraying “Dr. Sam Bennett” on the Grey’s Anatomy spinoff Private Practice. Although his film and television career continue to be successful Taye Diggs still returns to the stage.  His most recent  role was in A Soldier’s Play.