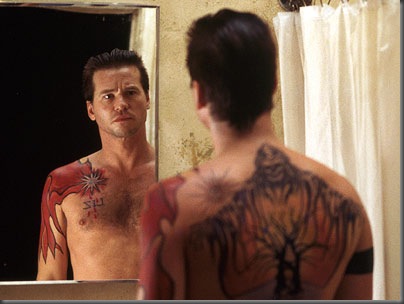 Val Edward Kilmer was born in Los Angeles, CA and made his debut in the starring role of the comedy film Top Secret, followed by another comedy, Real Genius then landed the role of “Ice Man” in the blockbuster film Top Gun.  Kilmer was “William Bonney’ in Billy the Kid, “Jim Morrison”  in The Doors,  “Doc Holliday” in Tombstone, “Batman” in Batman Forever, and “Virgil” in Hardwired.  He has several films coming out in 2010.  Fake Identity will be released in June, 2010.  Others include Mr. Nobody, Provinces of Night, The Irishman and Georgia.
Val Kilmer stated:  “I’d be in a bad western on a good horse any day of the week.  It’s such a fantastic genre of film.”  And, we’d be glad to watch you!