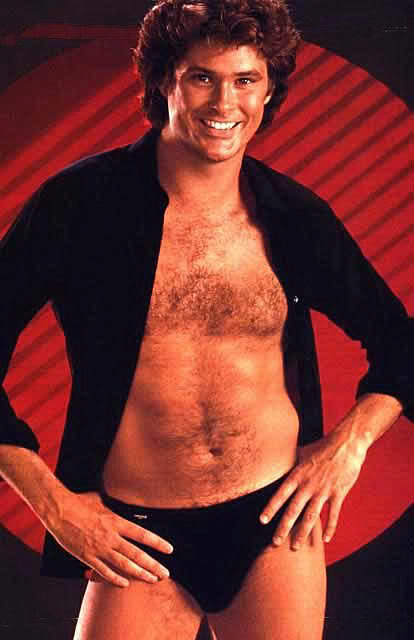 Vintage guy David Hasselhoff will always be remembered for his roles as “Michael Knight” in Knight Rider and “Mitch Buchannon” on the various Baywatch gigs.  And, of course, there was his role as “Dr. William ‘Snapper” Foster, Jr” on The Young and The Restless from 1975-1982 and a return to the role for a few episodes in 2010.
However, did you know that Hasselhoff also had a short musical career?  Seems he had two number one hits on the German pop charts. Then, in 2006, there was the stage play David Hasselhoff: The Musical which he co-wrote and, naturally, starred in.  It opened in Australia.  Not sure if it was seen anywhere else.