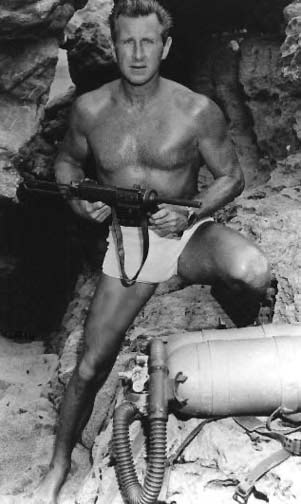 Although Lloyd Bridges appeared in more than 200 films and television shows he will always be remembered as “Mike Nelson” on the four season run of Sea Hunt.  After the end of Sea Hunt Bridges continued to appear in episodes of dozens of TV series and showed his comedic talent as “Steve McCroskey” in Airplane and Airplane II: The Sequel.