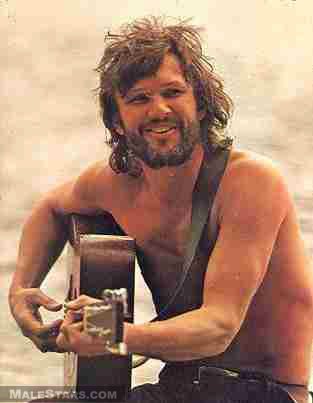 Best known as a singer/songwriter Kris Kristofferson has given the world some of the best music every written.  Songs like Me and Bobby McGee, Sunday Morning Comin’ Down, and Help Me Make It Through The Night.  His best known movie role was “John Norman Howard” in the 1976 remake of the film A Star Is Born which also starred Barbara Streisand.
Kristofferson has said he would like the first three lines of Leonard Cohen’s Bird On The Wire to be written on his tombstone.  The lines are:  Like a bird on the wire
Like a drunk in a midnight choir
I have tried in my way to be free