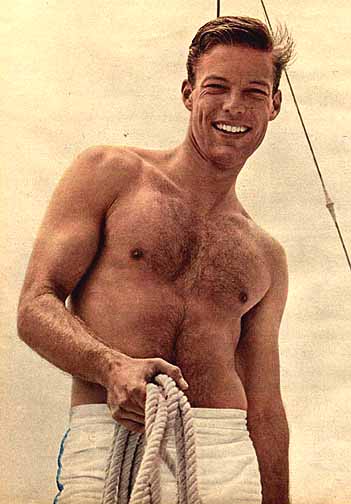 George Richard Chamberlain was born in Beverly Hills, CA and became a teen age heartthrob when he appeared as “Dr. Kildare” in the medical drama of the same name.  The series ran for five seasons and was nominated for three Emmy Awards.  Chamberlain won a Golden Globe Award for Best TV Star-Male.  Veteran actor Raymond Massey played the surgeon mentor to Chamberlain’s young medical intern.
Wanting to be known as a serious actor and not just a teen idol he left the Hollywood scene and turned the theater.  He played roles in stage productions of The Philadelphia Story, Private Lives and, showing his vocal talents, played “Tony” in West Side Story, as well as a musical version of Breakfast at Tiffany’s. Going to England, he showed his talent for classical performances as Hamlet and Richard II.
During the 1980s Chamberlain became known as the “King of Mini-movies, performing in The Count of Monte-Cristo, Centennial, The Thorn Birds and Shogun. He won two more Golden Globe Awards for his performance in The Thorn Birds and Centennial.
Speaking of his homosexuality Richard Chamberlain said, “When I grew up, being gay, being a sissy or anything like that was verboten.  I disliked myself intensely and feared this part of myself intensely and had to hide it and become “Perfect Richard, All-American Boy” as a place to hide