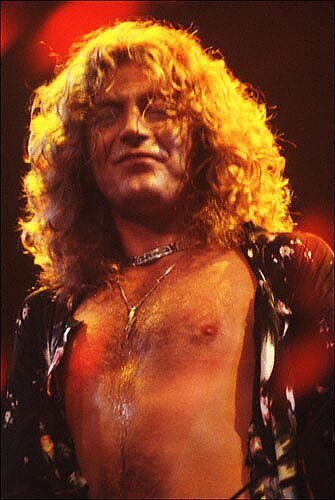 In 1968, Jimmy Page, guitarist in the band “The Yardbirds” was looking for a lead singer.  He met Plant who was singing in a band named “Hobbstweedle” , the two immediately hit it off and Plant joined “The Yardbirds” bringing John Bonham as drummer.  They were joined by multi-instrumentalist John Paul Jones, and, in 1968, the band became known as “Led Zeppelin”.
“Led Zeppelin” has won numerous awards including the Grammy Lifetime Achievement Award and induction into the Rock and Roll of Fame.  The band sold over 200 million albums worldwide, 111.5 being sold in the US.
The band broke up in 1982 after the death of John Bonham and Robert Plant achieved a successful solo career starting with the studio album Pictures at Eleven followed by The Principle of Moments, Shaken ‘n’ Stirred, Now and Zen, Manic Nirvana, Fate of Nations, Dreamland, and Mighty ReArranger.
Beginning in 2007, Plant began performing with bluegrass star Alison Krauss.  Together they recorded the duet album Raising Sand which won Album of the Year at the 2009 Grammy Awards.
Robert Plant has become known as one of the most significant singers in rock music and, in 2008, Rolling Stone named him as number 15 on their list of 100 Greatest Singers of All Time.