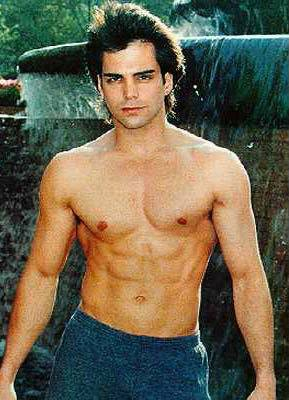 Born on March 23, 1965 Richard John Grieco, Jr.  is undoubtedly best known as “Officer Dennis Booker” on the late 80s television series 21 Jump Street.  Although Grieco was in only 18 episodes he continued the role of “Officer Booker” the spin-off series Booker. His film work includes his portrayal of “Bugsy Siegel” in Mobsters which starred Christian Slater, “Sergeant Bradley” in The Journey: Absolution starring Mario Lopez, the lead role in Blackheart with Christopher Plummer, and as “Joey Randall” in Final Payback. Grieco has appeared in numerous other films and television series episodes.
Richard Grieco is also a musician and released a CD titled Waiting for the Sky to Fall in 1995.