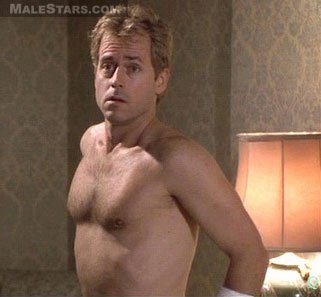 Gregory Kinnear was born in Logansport, IN.  His initial fame came as the first host of the E! television show Talk Soup in 1991.  After leaving the show in 1994 he turned to film acting.  His breakthrough film role was in Sabrina with co-stars Harrison Ford and Julia Ormond.  He played the role of “Simon Bishop” in As Good As It Gets which starred Jack Nicholson and Helen Hunt.  His performance earned him an Academy Award nomination as Best Supporting Actor.  Other films Kinnear appeared in are:  Nurse Betty, Someone Like You with Ashley Judd, as Bob Crane in the film Auto Focus, and as “Richard Hoover” in the Oscar winning film Little Miss Sunshine.  He recently co-starred with Miley Cyrus in the romance/drama The Last Song.
Greg Kinnear says, “I’ just doing the best I can with what I have.  There are certain physical limitations to being a WASP-y looking dude from Indiana, right? “Travis Bickle” (from Taxi Driver) probably ain’t coming my way.  So with the roles I get, as best as I can I try to see the cracks within the faces and then magnify them in an interesting way.”