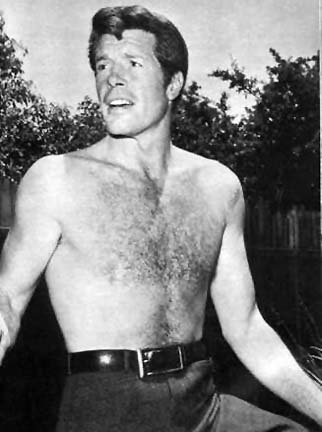 Robert Horton was born Meade Howard Horton, Jr. in Los Angeles, CA.  and played the role of “Flint McCullough”  on the long-running television western Wagon Train.  He also starred in another TV western called “A Man Called Shenandoah” which lasted only one season.  He appeared in many television series episodes such as Studio 57, General Electric Theater, Alfred Hitchcock Presents, and several  films.  He played “Drake McHugh” in a special Warner Bros. Presents series called Kings Row.
Robert Horton has received several lifetime achievement awards including the Golden Boot, given to actors, actresses and crew members who have made significant contributions to western television and films, and the Cowboy Spirit Award.