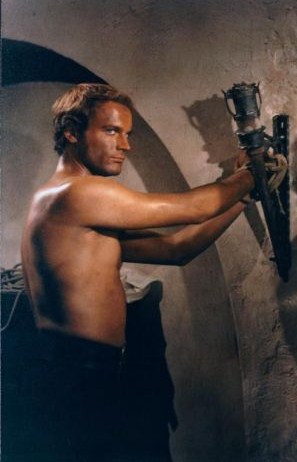 Italian vintage actor Terrence Hill was best known for starring in many action and “spaghetti westerns” with his long time partner Bud Spencer.  Their most famous film was Lo chiamvano Trinita (They Call Me Trinity) and its sequel Continuavano a chiamarlo Trinits (Trinity is STILL my Name).  Hill said his favorite film is My Name Is Nobody which co-starred Henry Fonda.  His first American films were Mr. Billion in the starring role of “Guido Falcone” and March or Die co-starring with Gene Hackman.