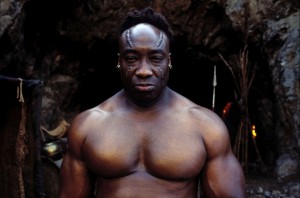 Michael Clarke Duncan’s first part in a major film was as Bear in the Armageddon.  The film starred Bruce Willis, Billy Bob Thornton, and Ben Affleck.  With the help of Willis, Duncan caught his big break when he landed the co-starring role of John Coffey in the film adaptation of the Stephen King novel The Green Mile.  He received an Oscar nomination for Best Actor in a Supporting Role.  He had the lead role in the 2010 film Redemption Road which received excellent reviews.  Duncan is currently the star of a new TV series called The Finder. The show is a spin off from the popular series Bones.