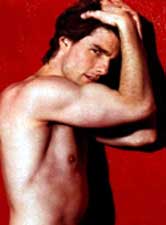 Although his rise to stardom came in 1983 in the film Risky Business, Tom Cruise is still one of the hottest stars in Hollywood.  He appeared in the fourth Mission Impossible film, Mission Impossible: Ghost Protocol, in 2011.  Cruise recently finished filming One Shot in the role of Jack Reacher the hugely popular protagonist in the long running series by author Lee Child.  Get ready for a possible Top Gun 2 and the fifth Mission Impossible.