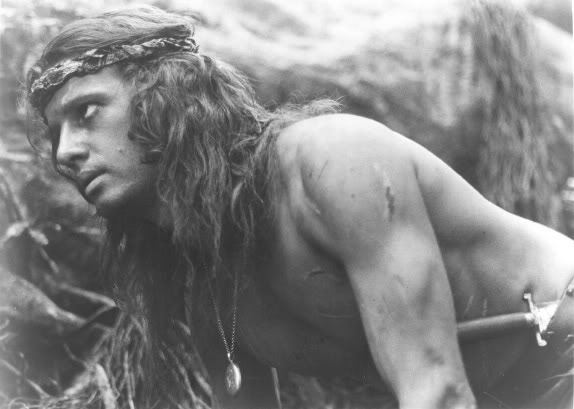 Christopher Lambert is best known for his portrayal of naked, untamed, jungle stud Tarzan in Greystoke: The Legend of Tarzan, Lord of the Apes. In this 1984 film Tarzan is rescued and brought to Greystoke manor in an attempt to civilize him.  Lambert looks mighty fine as the mostly nude Tarzan and seems to clean up pretty well in civilized society.