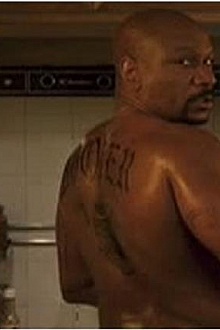 An actor of stage, screen, and television,Ving  Rhames specializes in playing villains, able to draw on the violence he saw growing up on Harlem’s meanest streets. His successful career began in 1984 in the Broadway play The Winter Boys. Since then he has appeared in more than 90 film and television productions. He became well known after playing “Luther Stickell” in all three Mission: Impossible films.
Ving Rhames was nominated for many awards and won the 1998 Golden Globe award for Best Performance by an Actor in a Mini-Series of Motion Picture Made for TV for his portrayal of “Don King” in the mini-series Don King: Only in America. After receiving the award, Rhames invited fellow nominee, Jack Lemmon, onto the stage and handed Lemmon his award saying, “I feel that being an artist is about giving, and I’d like to give this to you”. Lemmon was visibly touched and the audience gave him a standing ovation. Lemmon tried, unsuccessfully, to give the award back to Rhames and said it was “one of the sweetest moments I’ve ever known in my life”. A duplicate award was later given to Rhames.
Rhames plays “The Prophet” in the 2009 sci-fi film The Surrogates, based on a 2005-2006 comic book series of the same name, starring Bruce Willis.