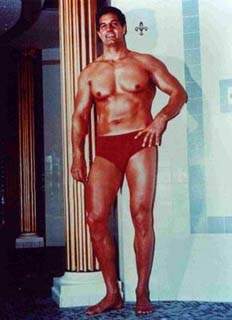 Peter Lupus was a bodybuilder turned actor.  He appeared in several muscle man films such as Muscle Beach Party, Hercules and the Tyrants of Babylon, and Challenge of the Gladiator.  He was best known, however, as “Willy Armitage” on Mission: Impossible from 1966-1973 with fellow actors Greg Morrisn Peter Graves, and Martin Landau