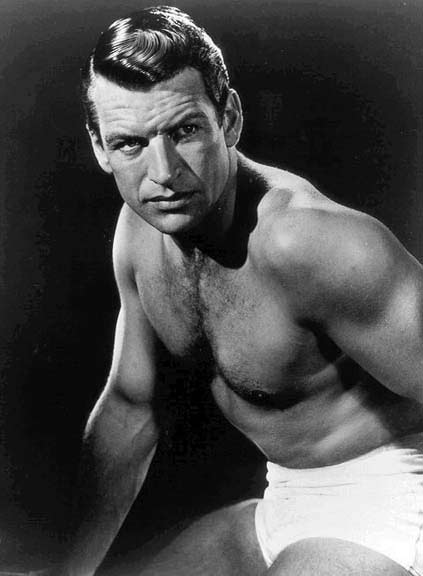 Richard Egan, born in San Francisco, CA was a handsome, well –built Hollywood actor who had his first small role in the film The Story of Molly X. Hollywood producers took notice of him and which lead to a contract with 20th Century Fox.  Egan starred as Elvis Presley’s older brother in Presley’s first film Love Me Tender.  He also played the male lead in A Summer Place, opposite actress Jane Wyman in Pollyanna, and as “King Ahasuersus”, opposite Joan Collins, in Esther and the King.  Other films include A View from Pompey’s Head, Slaughter on 10th Ave., Voice in the Mirror(the story of Jim Burton co-founder of Alcoholics Anonymous), and Moonfire.  Egan also did work on television, starring on the series Empire, which co-starred Ryan O’Neal, and the western/drama Redigo.
Richard Egan was known in the acting community for helping many young actors get their first break in films.  One of the actors was Ryan O’Neal.